Kate Baldwin, Ph.D., Columbia University, 2010, is an assistant professor of political science. Her research focuses political accountability, state-building and the politics of development, with a regional focus on sub-Saharan Africa. Her research has appeared in the American Political Science Review, the American Journal of Political Science, and Comparative Politics. She teaches classes on African Politics, the politics of social welfare provision in developing countries, and research design in comparative politics. She is also affiliated with the Institution for Social and Policy Studies and the MacMillan Center for International and Area Studies.

Sarah Bush, PhD Princeton University, 2011, is an Associate Professor of Political Science at Yale University and a Research Fellow at the MacMillan Center for International and Area Studies. Her research examines how international actors try to aid democracy, promote women’s representation, and support elections in developing countries. She is the author of The Taming of Democracy Assistance: Why Democracy Promotion Does Not Confront Dictators (Cambridge University Press). Her articles have appeared in International Organization, Journal of Politics, Comparative Political Studies, Perspectives on Politics, and other journals, as well as outlets such as ForeignPolicy.com and WashingtonPost.com.

Johannes Hörner, PhD, University of Pennsylvania 2000 is Professor of Economics at the Department of Economics, and member of the Cowles Foundation. He is a Fellow of the Econometric Society, and a council member of the game theory society. His research interest include repeated games, dynamic games, and games of incomplete information. He has written numerous articles for a variety of economics journals, including the American Economic Review, Econometrica, the Journal of Political Economy, The Review of Economic Studies and The Quarterly Journal of Economics.

Giovanni Maggi, Ph.D., Stanford University, 1994, is the Howard H. Leach Professor of Economics & International Affairs. He is a faculty research associate at the National Bureau of Economic Research. His research and teaching interests include international trade and political economy. He has written numerous articles for a variety of economics journals, including the American Economic Review, the Journal of Political Economy and The Quarterly Journal of Economics. 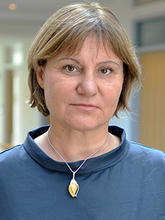 Isabela Mares is Professor of Political Science at Yale University and a member of the American Academy of Arts and Sciences.. She has written extensively on a range of topics in comparative politics and political economy, including democratization, clientelism and corruption, taxation and fiscal capacity development, social policy reforms in both developed and developing countries. She is the author of The Politics of Social Risk: Business and Welfare State Development (New York: Cambridge University Press), Taxation, Wage Bargaining and Unemployment (New York: Cambridge University Press); From Open Secrets to Secret Voting: The adoption of electoral reforms protecting voter autonomy (New York: Cambridge University Press) and Conditionality and Coercion: Electoral clientelism in Eastern Europe, co-authored with Lauren Young (forthcoming, Oxford University Press).  Her work has received numerous awards, including the Gregory Luebbert Award for best book in Comparative Politics of APSA, the Willam Riker Award for best book in Political Economy of APSA and the Gregory Luebbert Award for best paper in comparative politics at APSA, among others.

Daniel Mattingly, PhD University of California, Berkeley, 2016, is an Assistant Professor of Political Science at Yale University. He studies comparative politics, with a focus on political economy, authoritarianism, and Chinese politics. His current research examines communal and ethnic politics, local governance, and the history of state building in China. He received his B.A. from Yale and his Ph.D. from the University of California, Berkeley.

Gerard Padro i Miquel is a Professor of Economics and Political Science and the current director of the Leitner Program. He is a political economist whose research focuses on the political frictions that lead to economic underdevelopment, with a focus on conflict, corruption and accountability. He is a member of the National Bureau of Economic Research and the Centre for Economic Policy Research. His research has been published in the American Economic Review, the Quarterly Journal of Economics and the Review of Economic Studies among other outlets. After obtaining his PhD at MIT (Economics, 2005) we was a faculty member at Stanford University and the London School of Economics prior to joining Yale.

Mushfiq Mobarak is a Professor in the department of economics and at the School of Management at Yale. He is a development economist with interests in environmental issues. Professor Mobarak has several ongoing research projects in Bangladesh, Indonesia, India and Malawi. He conducts field experiments exploring ways to induce people in developing countries to adopt technologies or behaviors that are likely to be welfare improving. He also studies political reactions when development interventions are scaled up. Professor Mobarak is Faculty Director of the Yale Research Initiative on Innovation and Scale (Y-RISE) at the Macmillan Center. He also co-chairs the Urban Services Initiative and the Environment & Energy Sector work at the Jameel Poverty Action Lab (J-PAL) at MIT, and is the academic lead for the Bangladesh Research Program for the ‘International Growth Centre (IGC)’ at LSE and Oxford.  He has previously worked at the World Bank and at the International Monetary Fund.

Susan Rose-Ackerman, Henry R. Luce Professor Emerita. Professor Rose-Ackerman has written widely on administrative law, corruption, federalism, and law and economics. Her recent books are Corruption and Government: Causes, Consequences and Reform, 2d edition (with Bonnie J. Palifka, 2016);  Due Process of Lawmaking (with Stefanie Egidy and James Fowkes, 2015); Comparative Administrative Law, 2d edition (editor with Peter Lindseth and Blake Emerson, 2017); Anti-Corruption Policy: Can International Actors Play a Constructive Role? (editor with Paul Carrington 2013):  International Handbook on the Economics of Corruption (vol. I, editor, 2006; vol. II, editor with Tina Søreide, 2011); From Elections to Democracy: Building Accountable Government in Hungary and Poland (2005);  and Controlling Environmental Policy: The Limits of Public Law in Germany and the United States (1995). Her current research and teaching interests are the political economy of corruption, the comparative study of administrative law and public policy with a focus on the United States and Western Europe. She directs the program in Comparative Administrative Law at Yale Law School and has been a fellow at the Wissenschaftskolleg, Berlin; Science Po, Paris, and the Institute for Advanced Study in the Behavioral Sciences, Stanford. She holds a B.A. from Wellesley College and a Ph.D. from Yale University.

Kenneth Scheve, Ph.D., Harvard University, is Professor of Political Science and Global Affairs at Yale University. He is a political economist who broadly studies the domestic and international governance of modern capitalism. His research studies inequality and redistribution; the politics of globalization, the social and political consequences of long run economic change; and climate politics. Scheve is the author, with David Stasavage, of Taxing the Rich: A History of Fiscal Fairness in the United States and Europe, which examines the role of fairness concerns in the politics of progressive taxation from the early 19th century through contemporary debates.  He is also the author, with Matthew Slaughter, of Globalization and the Perceptions of American Workers, examining American public opinion about the liberalization of trade, immigration, and foreign direct investment policies.

Emily A. Sellars, PhD University of Wisconsin-Madison, 2015, is an assistant professor in the Department of Political Science at Yale University. Her research interests are at the intersection of political economy and development economics. Her current research examines the political economy of emigration and population.

Ian Turner, Ph.D., Washington University in St. Louis, 2015, is an Assistant Professor of Political Science at Yale University, where he is also affiliated with the Institution of Social and Policy Studies and the Center for the Study of American Politics. His current research and teaching interests focus on issues of democratic accountability. In particular, his current research examines how interactions between bureaucratic agencies and other institutions structure policymaking incentives, and the role lobbying and campaign finance play in influencing political behavior and public policy. He teaches courses on the politics of bureaucracy, money and influence in American politics, and formal models of accountability and representation.

Ebonya Washington, PhD MIT 2003, is Professor of Economics.  Her political economy work focuses on the representation and political efficacy of low-income and minority Americans and the psychological motivations and consequences of political participation. Professor Washington also studies the financial behavior of low-income Americans. Her work has appeared in the American Economic Review and the Quarterly Journal of Economics among other publications.